I wanted to write about Chinese National  Day Horoscope but did not get enough time and data or prominent event to focus on that . With Corona virus event coming at right moment of start of Mercury Mahadasha with second stage of Shani Sadesati .

Chinese National Day is celebrated on First October  every year and it started in 1949 . We have taken 1500 hours Beijing time as it matches with China’s past events. Even if there is some dispute over time , the chart can still be accepted as Moon Chart as Moon remained in Capricorn sign on that date . 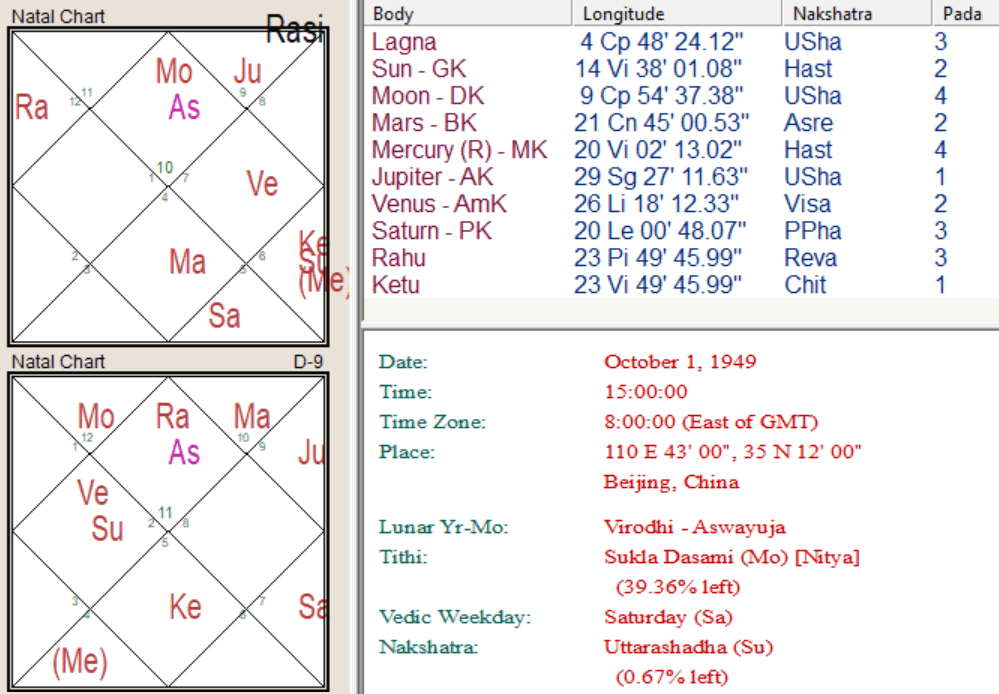 For explanation purpose , we convert Lagna or Ascendant chart as done for natal reading : 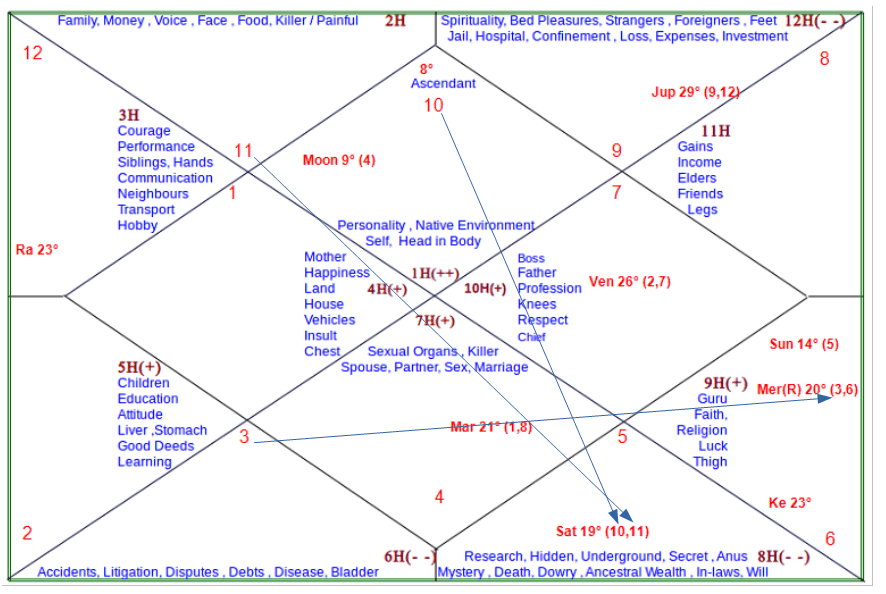 Characteristics of China As  A  Nation

So, here we see China is described by Capricorn sign . Capricorn is named after a mountain goat , which has a tendency to rise to the top of mountains all alone . 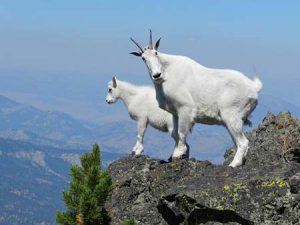 That is what it did from 1949 starting as a undeveloped country , doing various experiments on communism and capitalism and finally becoming number 2 economy in world in just 70 years . China has all characteristics of Saturn . Communism is more about equality , masses and rule of common public and Saturn supports this . But this Saturn is in Leo sign of Sun , so secretly it also has authoritative inclinations of Sun , the desire to rule over people not only in China but on whole world. Ascendant lord Saturn is placed in 8H of secrecy , mystery , research ( see the arrows ) and that is well known about China . Leo sign of Saturn also indicates USA so its development is internally linked to US .

Moon in ascendant means that its actions and desires are not separate and both work in tandem and they are somewhat contrary in nature as Moon is 7H lord of opposition and partnership . So, China is always in a dilemma , it wants to compete / oppose and yet be a partner as seen in its relationship with India, Japan  or USA  .

Debilitated Mars from opposite 7H looking at ascendant and Moon gives it gains and expansionist , aggressive tendencies , yet it has no capacity to indulge in a direct war with any country .

It has Venus in Libra  10H of Karma , name , fame in own sign ( Malavya Mahapurush yoga) . That shows its strength in Global Trading particularly in Venus domains ( consumer goods , chemicals, electronics, garments )  . This Venus is aspected by Mars and Saturn so it has some conflicts and infamy also associated with its trade  ( Human rights ,International Law , Ecology , Copyright, Patent  violations ) .

Sun Mahadasha was there for only a fortnight so we can ignore it . Moon as 7H lord of opposition was in Mahadasha till 1959 and China had troubles right from starting as Taiwan based nationalists opposed Beijing based communist government . Other countries were also divided on recognizing Beijing or Taiwan based republics. It had not joined UNO till

By Mars Mahadasha till 1966 , Beijing based  China had established itself as Nuclear power , it had attacked India in October 1962 and got Aksai Chin and Saksham Valley from Pakistan occupied Kashmir . We know Mars is planet for territory and war .

Then came Rahu Mahadasha from 1966 to 1984 . Rahu , the retrograde planet for innovation and experiment brought lot of churning in Chinese thinking in matters of economy and politics like great leap , abandoning Communism , traditional economy in favour of Capitalism and competition . It gained membership of UNO .

Then came Jupiter Mahadasha till 2000. Jupiter the planet of wisdom , finance , stability , prosperity , sitting nicely in 12H of foreign countries in own lucky sign Sagittarius ( in Navansha also ) brought it good luck of joining WTO , which facilitated its entry into world markets , bringing in lot of foreign exchange from exports. As  a 3H lord of performance , communication , China got connected to global forum of trade and politics and made a mark first time sine 1949.

Then came the best Mahadasha of Saturn which is its ascendant lord as well as second lord of wealth . It became a developed country in 2000-2019 , organized Beijing Olympics in 2012 , a sports , economy , military and political super power comparable to USA .

So, it has achieved what mountain goat does , reaching to top of mountain and being visible to all .

This is a mixed bag period for China .   Mercury is 6H lord of sickness , disease , unrest ,disputes ,  debts so it will give these results in next 8.5 years . Corona virus epidemic is just one example. Pollution , people’s agitations , falling income , trade disputes , bad debts etc are the problems which China has to face in coming decade. Yet , Mercury being in 9H of luck in own sign , it will continue to be a super power like USA .  It will face problems like Japan but will find solutions also to those problems and export it to gain .

Transits of Saturn for Capricorn Moonsign

China had 8th Saturn transit at its first National day in 1949. Then it had Shani Sadesati from 1958 to 1966 ,  Dec 1987 to 1995 and now it is undergoing 3rd Sadesati from January 2017 till March 2025 . All these period transformed China in a new avatar. This time China may emerge as new Technology superpower which is more open than earlier , connected globally .

Time Span for This Crisis

The crisis of Corona Virus had started in December 2019 but it became a global crisis only after last week of January when Saturn came out Jupiter’s influence in Sagittarius sign . After 30 March 2020 , Jupiter would again join Saturn in Capricorn and it will get away from Ketu also . So , last week of March 2020 may be the time span when Corona Crisis may start subsiding.

This crisis is part of people’s unrest against rulers, which happens due to drought , famine , floods, epidemics when Saturn visits Capricorn . So, Chinese rulers will face the heat due to this crisis.