Kaal Sarpa dosha and Naga dosha are frequently cited doshas by Vedic astrologers for which Puja is recommended in Ujjain or Kalahasteeshwara temple along with with donating a silver snake. Does it really affects us or it is just a gimmick to extort money from astrology ignorant seeker ? Read below to know the reality .

Vedic astrology has strange  names of different yogas , like Gaj Kesari ( Elephant -Lion ) which is formed 4 times a month for 8 days and most astrologers would tell you that it is a Rajyoga  ( king maker) and you will become king like in future .

It has Visha yoga ( Poison ) formed every month 2 days and astrologer may tell you that you will die of poison consumption. Nobody questions why the yogas were named like that . Also , whatever is predicted has remote possibility of happening because of such literal translations.

Kaal Sarpa & Naga Dosha
Ancient Puranic literature has use of Naga word frequently . There was Naga dynasty also and many people have Naga as surname in India. Word Naga may have been having many meanings in old Sanskrit but now it is reduced to one meaning of Snake .

The people currently do literal translation of old Indian theories and create absurdity in meaning. Like old Vedic literature said that there are 33 KOTI ( types) of Devta ( giver ) like trees , rivers , Sun , wind , fire, water etc .

In last 100 years , it has been mistranslated as 33 Crores ( Koti – Crores) by illiterate pundits. So, this absurdity spread everywhere that Hindus have 330 million Gods and other religion people quote it liberally to ridicule Hindus.

The lack of Sanskrit language knowledge is causing such havoc. Fortunately I had studied Sanskrit till my board exams so I can understand other meanings also of a Sanskrit word .

Originally Rahu planet was symbolised as  with large head and without trunk  and its remaining part called Ketu ( headless) as tail and both parts were together considered like a snake formation because both changed their signs together and always moved backward like diameter in a circle.

While this was OK for many centuries , in last 50-80 years, the illiterate pundits started terming  any yoga formed by Rahu e.g. Rahu in 5th house was termed as Naga dosha while all 7 planets falling  on one side of Rahu-Ketu axis as Kaal Sarp Yoga ( KSY) , which actually means Time looking like a snake.If one planet was out of this axis , then they termed it as Partial Kaal Sarpa Dosha.

Thereafter , pundits and astrologers started prescribing Naga Puja , donating silver snake to themselves  to grab money .They also started explaining that you had killed a snake in this or any past life so this dosha has happened.

Why This is not True ?

Had this been true , all Chinese , Americans , Thais and far east countries citizens relishing snake dishes should have 200% Nag dosha in their destiny  . They all  should have difficulty in bearing children and career and so on. But it is not true . 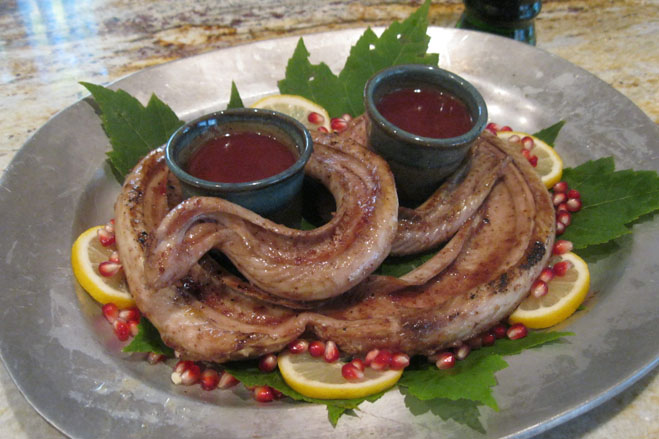 In Myanmar ( Burma) and Indonesia , where they have plenty of large sized snakes in jungles , they  kill such snakes,  their skin taken out for making purse , shoes for ladies and exported to western countries . Armed forces all over the world are taught how to kill and eat snakes in Jungle war . Please google about Guam , an island under USA , which has at least 10 snakes on every tree and USA is devising many techniques to  kill them, like we kill rats .

But it does not mean that this yoga is meaningless .
It has logical meaning as per original theory of Time being represented by a snake . It has several meanings and you can read Dr. BV Raman who has explained it in original way in his book 300 Yogas. But it has no connection to Snakes at all .

Rahu being mental force and Ketu being a machine like existence , so it has more meanings in today’s technology driven world than it had in past . You need to use your mind rather than believing a thug astrologer to get a silver snake in donation from you . And how does that help the killed snake ?  If you kill someone’s child and then  give his parents a silver idol of his killed son to an astrologer, will it absolve you of that crime ?

So, rest assured , killing snake or any living being is bad normally but it does not mean that you have committed bigger sin than human killing.

You may read about Kaal Sarpa Yoga Analysis in Hindi also.