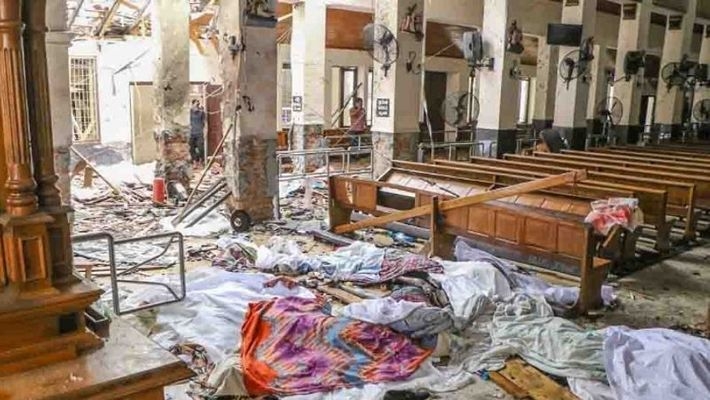 Last week , Saturn and Ketu were reaching degree level conjunction in Gemini sign ,while Jupiter the protecting planet was preparing to withdraw from Sagittarius and enter back to Scorpio . Mars is already in Taurus sign and it also had 8th deathly aspect on Saturn and Ketu so , the recipe for violence was ready and Sri Lanka suffered hugely because they were least prepared when Sri Lanka Easter blasts happened in morning of 21st April 2019 .

As can be seen in above chart and adjacent table , Saturn and Ketu are joining at 26 degree while Jupiter is just exiting at 0 degree and moving back to Scorpio , so Jupiter’s protection is withdrawn .

Again , both planets are slow moving so situation is remaining tense and more explosions are happening and killing people though in lesser numbers as search operations are happening. Read this 15 die in blast during raid on suspected hideout .

The situation may remain tense for another 2 weeks as Saturn will become retrograde on 30th April 2019 so both planets will be within a degree for about 2 weeks and situation may improve by mid May 2019 .

Another episode of man-made violence ( or natural disaster )  is expected globally when Mars will be opposite Saturn in May-June 2019  . This was hinted when I wrote about Pulwama attack on Indian security forces

However , this may be only temporary relief as in May 2019 , Mars will be in Gemini with Rahu and Saturn in Sagittarius will be with Ketu , creating classical Mars-Saturn opposition along Rahu-Ketu axis . There will be no Jupiter aspect to prevent negative fall out from this .