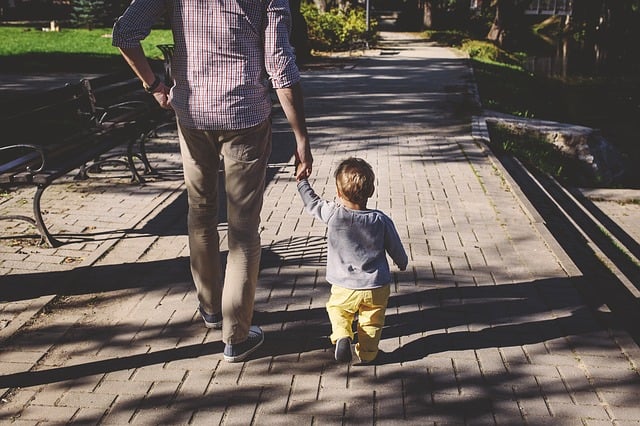 As we see in above image , relationship between father and his children should be a warm relation where father plays role of provider, protector , financier  and guide , guru and mentor’s role simultaneously in different stages of life of children .

But this may not be always so in everybody’s life and there may be estranged relationship for many children with their father . This happens sometimes due to a planetary combination in horoscope , which is callled as Pitra Dosha in Jyotisha or Indian astrology .

I had written an answer for Quora on this subject and I am quoting it here :

Pitra dosh is a general name for many possible yogas formed by planets.

When this dosha exists, person will have a hereditary differences with father and his own son or progeny. It runs in generation chain so either father or son would be short lived, or they would live separately or they would be sick or they would have big difference of opinion.

Even this would extend to boss in job and other father figures, who would appear as enemy to each other.

This dosha has been present in Scindia clan of Gwalior , where father would not live to see rise of son and would die before age of 60. Just before his death in 2001 plane crash , Madhav Rao Scindia had told Natwar Singh that in his family , father did not survive when son starts career. His father Jiwaji Rao lived for 45 years.

While traditional astrologers would prescribe various Puja and donations , wearing gemstones etc , that may not work in this life.

Pitra Dosha has its benefits also so we should not be too much concerned about it and instead can focus on its benefits.

The best action in such situations can be keeping a formal relationship with father and seniors and not expecting much from such relationship. I discovered many practical , behavior based methods as per situation of planets , which I prescribe to my clients to cope up with Pitra dosha and see it’s benefits.

2 thoughts on “What is Pitra Dosha in Horoscope ?”