It is in eternal 3 phase cycle for any existence . Bramha represents Generation or birth , Vishnu the sustenance and Mahesh or Mahadev the end or death.

If we see human life or any life , we observe that generation takes a little time , death even less than that and major part of our life comes under sustenance or survival and everyone strives to live more .

This way , birth is least important activity for an individual . In fact we are not involved in our birth . Almost same is true for death also . The sustenance gets maximum focus . So, Vishnu is most celebrated God , found everywhere in every form ( Avtaar) . Elongation of life is possible if we can avoid our end or death , so because of fear factor , Mahadev or penalising power also gets some respect , particularly when we are in panic . And his temples are also found everywhere .

Who does bother about reasons behind our birth ? That is one time phenomenon and none is interested in returning to that state again thus generation becomes least respectful activity and even if that happens , it happens in closed door environment , be it inside womb , germination inside soil or manufacturing inside a factory .

Within our body , genitalia , responsible for procreation is to be kept always covered up . Nature, otherwise also keeps genitals in hidden situation in body . That is essentially Bramha’s organ in our body , important , yet invisible , and not worshipped .

Compared to that , Face in any body , is responsible for sustenance ( eating , breathing , seeing , hearing , smelling ) and represents Vishnu . And Face gets all recognition and focus in life .It is used for identity, respect and make up , cosmetics , ornaments are used to decorate it .

The head top part under our hairs also gets very less exposure . Most of the cultures insist to cover it up . That part , containing Brain , is our death centre , the Mahadev and it also gets some importance .

So, that is part of evolution cycle !

Everybody thanks the driver of a car for a safe journey but no one even thinks to thank the workers who manufactured the car, nor you ever see them in your life !

So Bramha remains invisible and needs not be worshipped openly !

People can raise objection to my views by saying that we do respect our parents for giving birth to us ! But that is not true , parents are respected more for upbringing ( Vishnu’s role ) rather than giving birth( Bramha’s role) . Everybody hates parents who leave the child on road after birth . 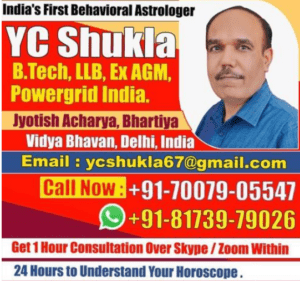 1 thought on “Why is Lord Bramha Rarely Worshipped by Hindus ?”