When I am writing this post , 140 crores Indians and 20 crores Pakistanis are worried about possibility of another war , which nobody wants . So, it is a trillion dollar question ” whether planetary conditions are indicating a war soon “.

The Past Indo -Pak Wars and Role of Saturn -Mars

That means for any full fledged war , involvement of Saturn and Mars  is mandatory .

With this information , we can see planetary position on 27 February 2019 to understand if such possibility exists . 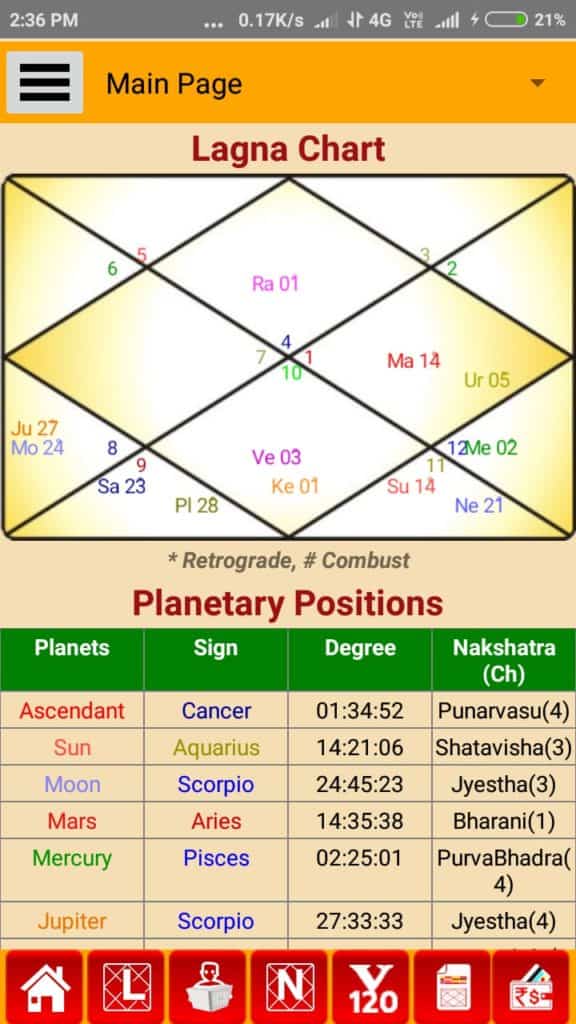 Mars had entered its own sign Aries on 6 February 2019 and Pulwama attack happened on 14 February 2019 . On early morning of 26 February 2019 , Indian Airforce attacked 80 Kms inside Pakistan’s terrorist training camps in Balakot . Pak Airforce retaliated on 27 February 2019 by attacking forward positions on LOC in which India lost its 2 planes in defending and one pilot Wing Commander Abhinandan was captured by Pakistan army .

In above image , Venus was with Ketu at same degree in Capricorn near 26th February so that was peak point of crisis but after that it has started to separate . Venus is India’s ascendant lord so India was in problem till this time . So, situation of fear can still continue for another 10 days when Venus will have enough separation from Ketu and crisis can resolve fully  .

Then Mars the ascendant lord for Pakistan is better in Aries till 20 March and it has upper hand till then . But when it will enter into Taurus, Pakistan will have to bow down by this date to international pressure .

Then we can see that Saturn is having 3rd aspect on Sun , which represents the rulers of both countries . They both will be in stress till Sun crosses 24 degree when Saturn aspect will start losing its effectiveness and that will happen by 10th March 2019 .

Therefore , we can see that this time , Saturn and Mars are not directly involved , there is no Mars retrogression or Ketu involvement , so long term full fledged war has little possibility . There may be war hysteria till 10th March but after that saner voices may prevail and international mediation may cause ceasefire .

However , this may be only temporary relief as in May 2019 , Mars will be in Gemini with Rahu and Saturn in Sagittarius will be with Ketu , creating classical Mars-Saturn opposition along Rahu-Ketu axis . There will be no Jupiter aspect to prevent negative fall out from this . There is real chances for another Kargil kind conflict in May-June 2019 and that may affect Loksabha election schedule also . Below image shows peak position on 17 June 2019 . A solar eclipse will also follow after 15 days from this date .The crisis can start earlier from first week of May 2019 , when Mars enters Gemini .

Logically also , it is critical time for PM Modi as Sun is also involved in this yoga , which has all malefic planets and benefic planets like Venus and Jupiter are away . Good thing for India  is that Venus is under Jupiter aspect .India is also running Moon Mahadsha which is difficult relationship  period  with neighbouring countries.

India needs to be careful for suicidal attack on top leadership and elsewhere on border , security forces etc as foreign powers do not want another term for PM Modi , who keeps on asserting himself at global forum and keep bargaining from superpowers .