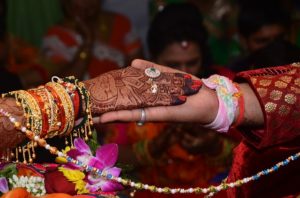 Indian Marriages invariably involve horoscope matching and south Indians go for Papasamayam matching while North Indians insist of Guna score alongwith Manglik dosha matching . But the way , these doshas are calculated , can make 80% people suffering from them , which leads to rejection of good match and delay in marriage .

Reality is however different and if one takes logical approach to these planet’s placement , then one can even make better use in modern times .

Now I am quoting from my popular Quora answer on this very subject to understand it https://www.quora.com/There-is-a-papasamyam-mismatch-between-me-and-my-girlfriend-What-does-that-mean-Should-we-marry-what-are-the-consequences-Is-there-a-threat-to-life-Are-dambatya-pooja-sudarshanam-homam-and-or-prayers-effective-solutions/answer/Yashas-Shukla

Saturn,  Rahu, Kethu, Mars and Sun are the Grahams which could trouble a Person  depending upon its Position and Strength in a Horoscope. When these 5  planets are in 1-2-4-7-8-&12th places from Lagnam, Chandran &  Sukran, they create a certain amount of problem,(Dosham). The ferocity  of the Dosham depends upon its strength in these houses, such as a  Friend or Foe, (Uchcham) High or Low (Neecham) – Ruler or Equal. The  total amount of Dosham for the Girl and Boy has to be calculated at the  time of Horoscope Comparison for a marriage. If the Dosha index is more  for the Girl than the Boy marriage will not be recommended. When the  Dosha index is more for the Boy or it is Equal for Both marriage will be  recommended. There are several methods to work out the Dosha Index. ”

Let us analyze it objectively . The above concept takes 6 houses out of total 12 houses in any chart , where 5 out of 9 planets , if placed , the Paap Samayam or Bad Time will happen. This way , about 50%  charts should have Paapsamayam . Now anything which affects half of the population cannot be termed as dosha . It is like labelling all males or all females as criminal based on a gender. Now since every second person  will have such doshas , so you start doing filtering with many sub clauses rules and then Poojas , homams etc and absurd remedy etc to get rid of all these “Doshas” which effectively may not be any dosha at all .

I am myself an astrologer and in this field for last 16 years . With my experience , I can say about 60-70% of astrology and related remedial measures are just a hoax for generating incomes.

It took me 2 years to study astrology under Sh. K.N. Rao at Bhartiya Vidya Bhavan , New Delhi in 2000 and another 5 years to get rid of 70% redundant astrology , just because it became obsolete in modern context, technology , legal and medical system and rapid changes in society in last 40 years.

30% of total astrology is still relevant because of mathematics behind cyclical effects of planets , which will always have some meaning but that too requires interpretation with modern context. For example , in case of a person living in a metro city apartment , a competent village astrologer told him that he would die because of snake bite . At a Mumbai 14th floor apartment living , there is remote possibility of a snake bite. Finally, when the person died , it was found that he died of wrong injection given with glucose drip .

Imagine that  elimination of  snakes in city is happening ,with proportionate rate of increase in use of injections , which are similar in effect of snake bite : both pinch and both have poison and Ketu planet should be significator for both.

Therefore , my advice is , either don’t take any astrological advice and do your Karma earnestly or if doing astrological analysis , grill the astrologer with How, why , when , what etc. and then understand the whole theory and then adopt behavioural strategy .

Being Manglik is decided on ascendant , which varies every two hours. So, correct birth time is required to calculate this. Again , whether it is low Mangal or high Mangal dosha can be decided only after going through full chart and it can be confirmed via personal characteristics .

Coming to theory of this dosha, assume Mangal as a pressure filled LPG cylinder . Now , it depends on its use , whether it can be a boon or bane . If you mishandle , it will blast and then it may be called Mangal dosha but if it is used with regulator control , it can serve your purpose of car or kitchen fuel .

People in old days, were not aware of better usage of Mangal energy but now systems and methods are available for harnessing any big energy potential .This is true for Mangal dosha in Kundli .

If person with Mangal energy is placed in right work / responsibility , he / she can do wonders , otherwise default is a blast and damage. An apt example is Aishwarya-Abhishek pair where both are given private space for this energy.

But I would like to caution that Mangal dosha does not happen the way it is told by traditional astrologers as they make 80% population afflicted with Mangal dosha and then tell absurd remedies , instead of behaviour solution.

You may read more about matching here https://ycshukla.com/horoscope-matching/

3 thoughts on “How does Papasamayam And Manglik Matching Affect us ?”